We had few short sessions about ‘tolerance’ but unfortunately we didn’t realize the discussion about the rules when organizing a demonstration in each state as we prepared before coming to England. During the free time we made an interview with locals about the meaning of tolerance to the questioned people.

We practiced basic principles of Laban method and afterwards we were physically trained for a public demonstration in Newcastle city centre. The slogans were created in different languages which might have caused confusion and misundesrstanding among local people, particularly when the UK is scheduled to exit the EU and the demonstration is organized by foreigners. The event concluded with artistic performance by human imitation of La Liberté guidant le peuple, the painting of Eugène Delacroix which commemorates the July Revolution.

Finally, I would like to highlight an exceptional hospitality we received from Mimi and Alex fom the very first moment of our stay in Newcastle. 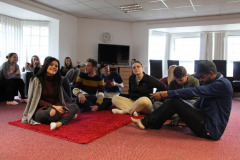 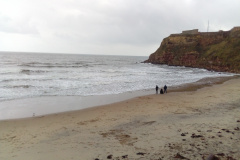