From March 27, 2017 to April 3, 2017, our three-member Czech team composed of Michaela Uhríková, Ondřej Charvát and Zuzana Barešová participated in the international project Erasmus+. This was a training course called Change Your View on Migration led by Marco Santos, Helena Heidemann, Eva Kobin and Marc Germeshausen in the beautiful countryside of Austrian Carinthia. For a week, we became home to the comfortable Cap Wörth hostel with very friendly staff at the edge of the picturesque town of Velden am Wörthersee. Ten countries participated in the project, each with three participants.

Our journey started on Monday early morning when we boarded the train and set out to meet the new experiences. Thanks to the many-hour, but comfortable travelling, we had the opportunity to get to know each other, and none of us, even though it was the first project for everyone, was nervous or even frightened of what he would be following in a few hours. On the contrary, we were full of enthusiasm and expectation. In the early evening we arrived at the station and after a moment of wondering if the organizers really picked us up, we were already together with a group from Hungary and Poland sitting in organizer’s cars and going to the destination. Here’s a welcome team and a delicious dinner. This was followed by a brief introduction through simple games and the creation of our paper profiles, which were spent in the common room during the whole project and were an integral part of the Secret Friend’s all-project game.

From the next morning, an official program with the regular regime of the current from four 90-minute blocks has already begun, with coffee breaks and lunch breaks. Before the beginning of each activity were included warm-up games and energizers games. The final program was followed by the reflection of the day in smaller groups.

On Tuesday, we started the day with meet ice-breaks games and cooperative games. There was another game, but the task was to bring us into the project topic, using oranges, lemons and eggs, which we had to move it from one part of the room to the other, and stick to certain rules. Thanks to that, we could realize that nothing is as easy as it might seem at first glance. In an entertaining and simultaneously educational way, we continued in another block where we were divided into three international groups and each one had the task of playing a scenario on a single theme – “How To Learn Someone Properly Crossing the Road?” – The only difference was the way of execution, The assignment varies according to the type of education. Thus, the situation has been demonstrated by formal, nonformal and informal education. The following block everybody looked at what everyone expected from the project, how everyone wanted to get involved and what everyone would like to improve. The evening was an Intercultural Evening that consisted of introducing individual countries and tasting typical food. We have teamed up with the Slovak team and presented our countries together and we pointed out the differences, but also the homogeneity of our regions.

Wednesday was devoted to migration in its entirety. To make it all clear about it, we have created our own migration alphabet. It consisted of assigning one to two words to each letter of the alphabet, and then explaining each of them. For example, we also added explanations of push and pull factors and other terms related to the topic. Migration to and from my country was our next task, and in national teams we dealt with its main aspects. We have been thinking about the main obstacles, the ways of integration, the opinions of Czech citizens and the influence of the media. We have also tried to create a comprehensive overview of the destinations where Czechs most often leave. We then presented it to other national teams. The last block was dedicated to the card game, but not just any. In this game, we have the opportunity to empathize with anyone who is trying to integrate into the new society, but has many obstacles in the form of language ignorance, differences in rules etc.

On Thursday, we began working in international groups to find out the main points, pros and cons of the Shengen Area, Frontex, ESC and IOM. We shared the information using the flipchart and the interpretation and interview method. In the following lecture, the concepts of integration, inclusion, assimilation and segregation were thoroughly explained. We have gained the knowledge we have gained in the national teams when processing these concepts in relation to the situation in our countries. Then they came to a series of presentations using a flipchart and questioning. We ended up with an interactive activity that took us to an office handling migrant applications for a residence permit and where we tried to fill out the required form and lead a crucial interview, but the form and the interview were in a language that we didn’t know. All day we ended up with a nice game evening and we spent a lot of entertainment hours when one card game.

Erasmus+ and its detailed presentation was the focus of Friday morning, which continued with a visit to nearby city Villach to the PIVA and JU Villach organizations dedicated to integration and youth work. Lunch was secured in McDonalds. The afternoon was purely our own, and it was up to everyone to use it. Whether walking around the city or sitting in the café. In the evening, part of the participants returned with the organizers to Velden am Worthersee, where they spent a nice and peaceful evening, and part decided to stay in Villach and meet the local nightlife.

We spent the Saturday devoted to making board, strategy and action games in international groups. A total of six teams have devised six thematic games – Movement, Integration, Obstacles, etc. We presented and put into practice the following day and each of us could play two more new games and it was a great end to our activities on this program. Thanks to the games, we have anchored our newly-acquired knowledge, have a perfect sense of the role of migrants and also have a better acquaintance with ourselves. The last block everybody sit in a circle to common reflexion and with a lot of thanks, emotions and nice words we were rated this week. During the gala dinner, we were handed over to Youthpasses, revealed to our Secret Friend, and before us was the last evening of music, dancing and entertainment, but also evening of farewell and promises that we will not be seeing the last time.

Monday, our last day in Carinthia, was a day of departure and goodbyes. We, together with the Slovaks, the Poles and the Cypriots, left Cape Worth as the last one and travelled together to Vienna, where our paths parted and everyone went to their homeland. Our journey ended in the evenings, when we were tired, but filled the new experiences, knowledge, opinions, friendship and gratitude to EYCB for choosing us into the project, arrived at our homes. 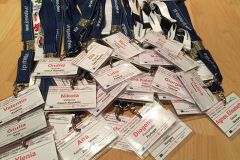 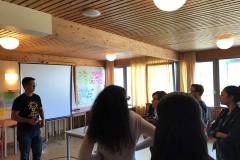 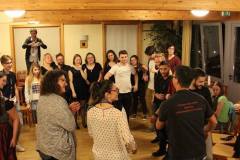 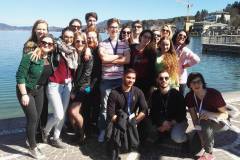 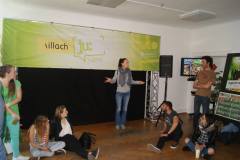 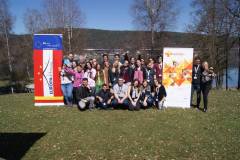 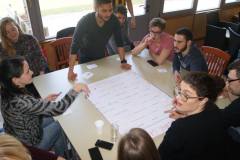 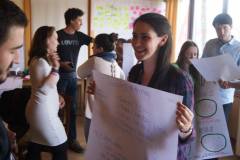 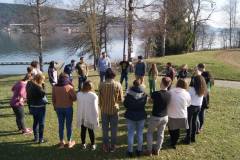 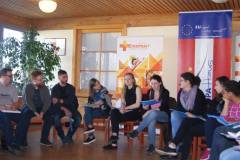 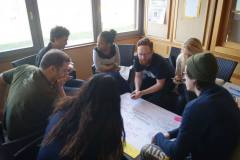 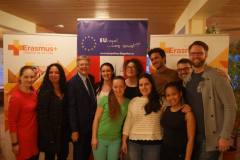 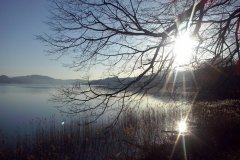 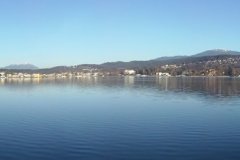 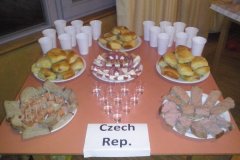 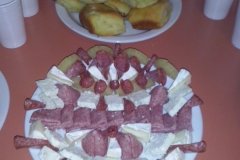 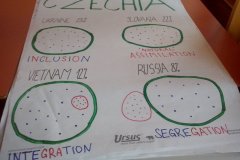 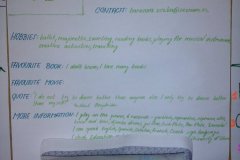 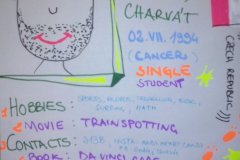 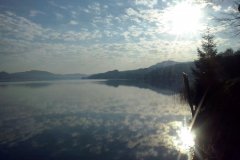 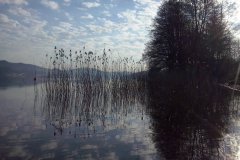 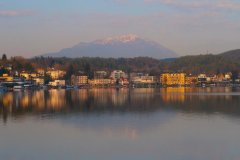 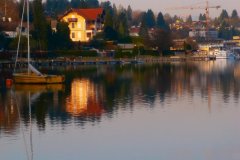